Note from Aimee J.: The world is a better place with you in it. Believe that!

Topic: What it Means to be Enough.

You are Awesome.
You are Loved.
You are Needed. And most importantly,
YOU ARE ENOUGH.

Hey fam, it's your girl, Aimee J., your personal hype man and friend here today to see how are you doing, what's going on? What is new in your life today? So yesterday, I talked about how it's okay for you to not be 100% and I 100% mean that even today. But after I recorded that, I got some, I got to think in, you know what if people don't understand when I say you are enough, what does that mean? And some people might be confused. I was confused for a little bit. And so I thought, you know, why not talk about its day because it's Wednesday, January 15th, so why not? Right? Um, it took me a while to accept the fact that I am enough. And by enough it means that who you are as you define yourself for yourself is what the world needs. And that's what I mean by enough.

People will have their own opinions and thoughts as to who you are. That's irrelevant. That's not important. You can't see it. But I'm, I'm waving my hand at that because it's not important who you define yourself as. Is what matters, right? I define myself as a woman, as an Orthodox Christian, as a 39 year old going on to 40 right? As an Indian, as a Malayalee from, from Kerala, India. That's how I define myself. There are nuances in those definitions though, right? Uh, I'm single, I'm straight. I have these, these other definitions that, you know, I like softball. I like baseball. I like the Ravens, like the Orioles. These are things that are defining me and that makes it my definition and that makes it enough for me. But that's also enough for the world. The world doesn't get to define who I am. I define who I am and who I define is what is enough for this world.

Because each and every one of us is unique. There are no two people the same. I don't care if you're a triplet, a quadruplet or a sextuplet or whatever other uplets there are. Or if you're a twin, y'all are different people. And I can say that because I'm a twin. I have an older twin sister and we are identical twins, but we're not identical. We may look alike, but we are different when it comes to the core of us. Look alike, similar interests, but we are different. Our experiences shape us. Our experiences are what helped define who we are. But for my experiences I wouldn't know that I'm a pretty good baker but for my experiences I wouldn't define myself as someone who enjoys podcasting. She, she doesn't do that. She's not a podcast or she hasn't had that experience. Right. That's what being enough is.

I continue each day to learn more about myself and define it. But you are the one doing the defining not somebody else. You are the one who decides who you are, not somebody else. You are the one who is living this life, not somebody else. They are living their own life. So I wanted to come back and just kind of check in with you about that guys cause it's very important. A lot of us suffer and struggle with our identity and who we are. And I'm telling you are the definer of who you are. Other people may want you to be something that you are not. If you aren't. If you define yourself not that way, then you are not that way. And it's, it's, it's tough to hear that. It's tough to say that, uh, for some people. But it's true.

The fact that people want you to be the best version of yourself doesn't change the fact that you are enough as you are. You may not be good one thing, but you could be good at something else. Right? Life is about learning those things. You aren't limited to the definition of a 39 year old female Indian Orthodox Christian that I am more than that. I may be enough at who I am, but I am more than just that definition and you have to get to know me to know what that means. All right? So keep that in mind. Remember, you are awesome. You are loved, you are needed, and again, you are enough as you are. That's straight from your friend and your personal hype girl. All right. Till next time, which is tomorrow when we check back in, don't forget, Keep Chasing.

Next Episode All Episodes Previous Episode 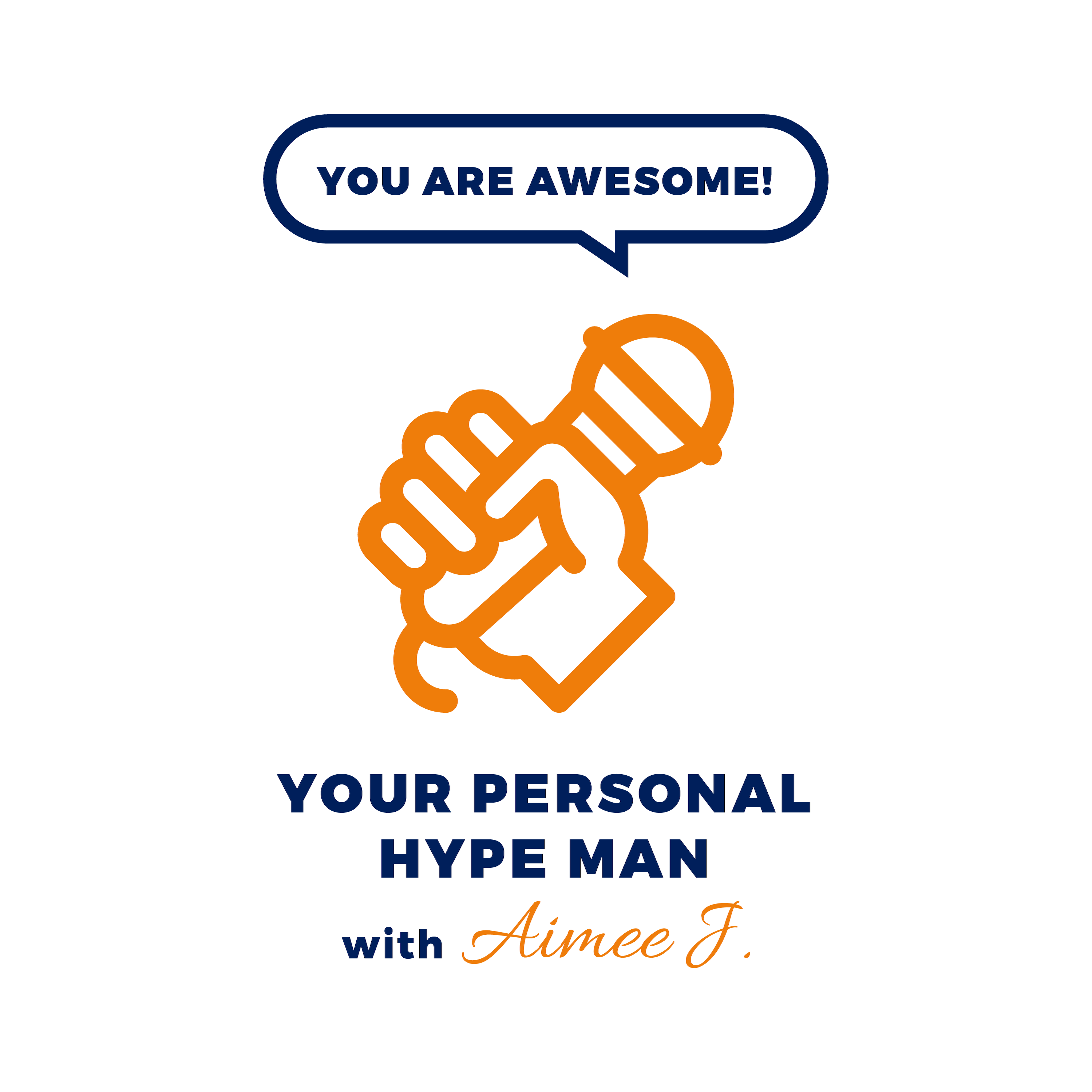 Your Personal Hype Man with Aimee J.
One of the most important things we can do is to recite affirmations about ourselves. But some times that can be very challenging, because we don't know what to say or we don't believe there is anything positive to call out. Aimee J. is here to be your personal hype man to help you kick start your day by reminding you of how awesome, loved, and needed you are among other things. Join Aimee as she shares these affirmations with you as well as gives her two cents for the day. 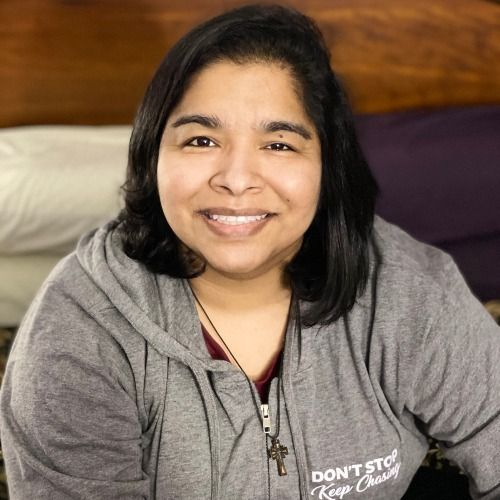